Make sure your tickets are pointing to the right printer

They were wondering why the tickets were appearing differently. Even the choices of what format to choose were different. For instance, “Concert letter” appeared as a paper size on one computer but not the other. 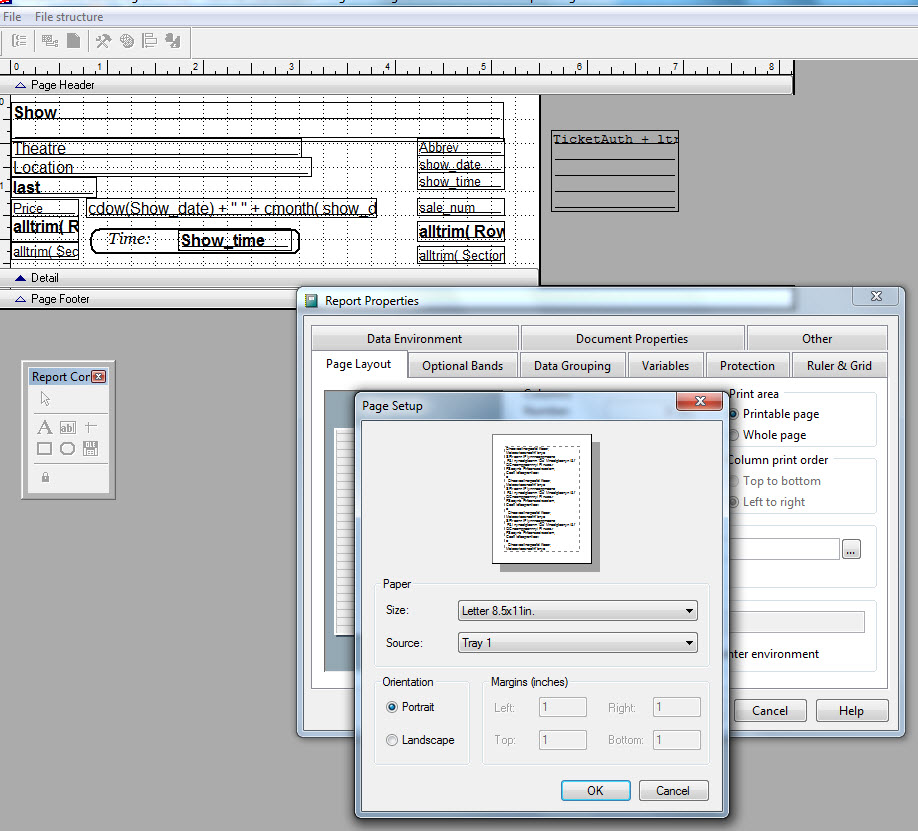 It turned out that they were using two different Boca thermal printers and that paper size was not set up on one of them.

Once it was changed to point back to the correct printer, all worked well.

Behind the screen shot above, the ticket was set to go to a different printer and the Save printer environment box was checked.

So, Wintix was ignoring the default ticket printer settings that were set up using the initialization file and pointed to the copy room printer.

You may also need an environment variable. Read more here.

This entry was posted in Printers/Tickets, Tickets and tagged tutorial. Bookmark the permalink.