A Visit to MerchantPlus

Twenty-nine Broadway in New York City is an unassuming address. However, it is a nicely preserved Art Deco building. We went to the last floor on the elevator, then took the stairs one more floor up to the penthouse, where we met Zac and Silvia. Silvia has a friendly smile. Zac has fire in his eyes and looks about 20 years younger than you would expect. 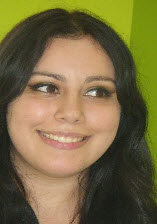 We asked Zac how he got into the business. He explained that it was like any other business – he got into it by accident! Zac is a Julliard graduate (he used to play double bass). After he graduated, he wanted more more money than being a musician could provide. So, he started working for a financial analyst. There was plenty of free time on that job. Since he was interested in computers, he started renting them out. He sold his double bass and used the money to start a server hosting business. He and his partner Raj expanded. They established server farms in various cities – including Singapore and Amsterdam. Eventually, they worked up to about 60 employees. Then he sold the business.

Looking around for another thing to do, he remembered setting up his clients so they could run credit card transactions. After looking how that part of the business was run, he concluded, “There is a lot of money being handled there. I think we could do it better.” MerchantPlus was born.

He discovered the public wants three things from their credit cards:

This is what we talked about during our visit to MerchantPlus:

The Byzantine Generals Problem is an exercise given to computer science students.

The two attacking generals have no way of knowing what the other is thinking. The only way they can communicate is by sending a messenger across the valley to the other side. The question arises, “Has the messenger been compromised? Can we trust him?”

In a nutshell, that is the problem the payment card industry faces. It is all based on trust. Without trust, it all falls apart. That is why the payment card industry takes such pains to assure themselves that a business can be trusted. They have learned such things the hard way. Their implementation of the trust involves setting up themselves as the trusted intermediary.

When a merchant submits a request for payment, it contains the customer’s card number. The processor contacts the bank, which checks to see if the transaction can be completed. If everything is okay, the processor gives the merchant an authorization. The money gets transferred when the merchant “batches out” at the end of the day. For the work as trusted intermediary, the processor takes about 3% of the amount charged.

The amount the merchant gets charged (merchant discount rate) is based on the risk of the transaction and the type of program the card is issued under from the issuer (i.e. Gold Card, Business Card, etc). Corporate cards, cards with generous rewards programs and foreign cards get charged more and the fees that the merchant pays find their way to the processor, the schemes (Visa, Master Card, etc.), and the card issuer (Chase, Capital One, etc). The rate charged to the merchant is a combination of the risk the processor has concluded for the merchant and its industry, along with the interchange rate that the card is issued under. The true cost to process the transaction isn’t known until the card is run and batched out – so most merchants don’t see the actual full charges until they get their statement at the end of the month.

There are resellers of these services. They probably have contacted you. Their spiel is that they can get you 1.9% for “qualified” transactions. The catch there is that very few transactions are qualified (no rewards program, non-corporate card). The processor sets its rates the same as everyone else, and now they add some profit for the reseller.

It’s a good business – most of the time. The banks get paid for processing. The issuers get paid for loaning money to the customer. Now, they are attempting to sell your history of purchases (marketing information). That is why you see advertisements telling you to use your credit cards. They want you to be a slave to the banking industry for the rest of your life. And many of us are. Are you?

At this time, credit card fees amount to about 1% of the gross national product.

Another money maker for the payment card industry are the fines for non-compliance of strict compliance and security rules. These fines start at $20,000 for the first offense. The fines go up to $500,000 and the merchant’s account is revoked.

It gets back to the Byzantine generals problem. Who do you trust? How do you know you can trust them? Commerce needs trust to function. And banks are the ones that provide this trust.

There are changes coming.

Paypal and Square are promising to change the world. And they will – for about a year. Their problem is that they also need the trusted intermediary. They have lots of merchants set up as sub-accounts but they still need the card processors to serve as the trusted middleman. The payment card industry has watched the success of Square and Paypal. Now, they are countering the threat. It’s simple. They just raise the prices for Square and PayPal to do business with them. The profit of Square and PayPal will disappear.

About two years ago, Bitcoin came to the attention of the public. The idea was that rather than basing an abstract value on a fixed object (like a gold coin), the value would be based on a unique chain of transactions of heavily encrypted mathematics. As long as people trusted it, the chain of transactions would have value.

The other interesting thing was that Bitcoin attracted a colorful cast of characters. Bitcoin became cool. It’s not anonymous (though people claim it is). Neither is it outside the purview of the world’s governments.

The important part is that Bitcoin is a trusted one-way encryption implemented in the world’s financial system. It can be trusted – without the need for an intermediary. In other words, there is no need for the middleman and therefore no need for the payment card industry.

But, can it be done in the real world? Yes. And, it’s being done now by a company called Ripple Labs. They are making bankers play a much smaller role in the world.

It was a fascinating afternoon. Zac’s vision of the future was compelling. Amazingly, he is still an optimist.

Two hours were too short.

We left the office. After talking to Zac, we wondered if there was anything more exciting in New York City.

This entry was posted in Credit Card Processing. Bookmark the permalink.